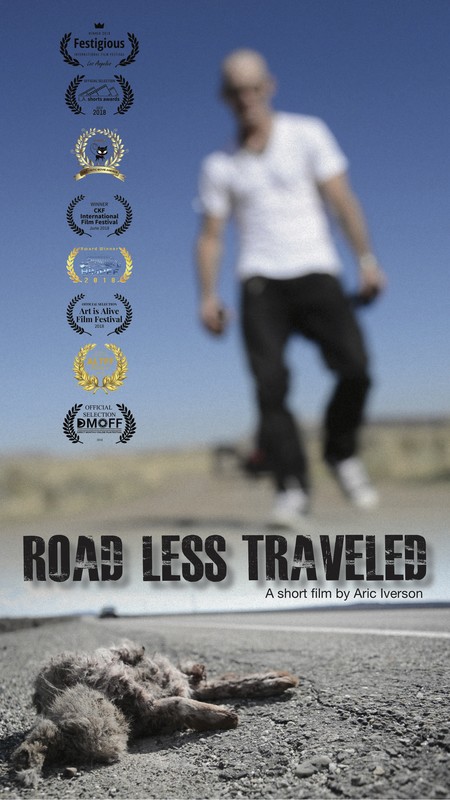 SUBCATEGORY: AMATEUR HOUR
After being betrayed by a friend, a conflicted man is forced to choose between sacrificing his soul or his life. Aric Iverson (pronounced ah-ric) is a Sun Valley, Idaho, native. His early years were diverse and active, combining snowboarding, martial arts and acting as his main passions. Becoming a professional snowboarder in his teens sparked a love of the camera as he was constantly filming and performing tricks for various sponsors. As Aric progressed, he graduated into making the snowboarding video, “The Unknown,” featuring himself and others.

WW0711 statement: A dry road trip with a lot of character and ambition, especially for a no budget (almost) one man show! Kudos.