DAUGHTER OF DISMAY by James Quinn 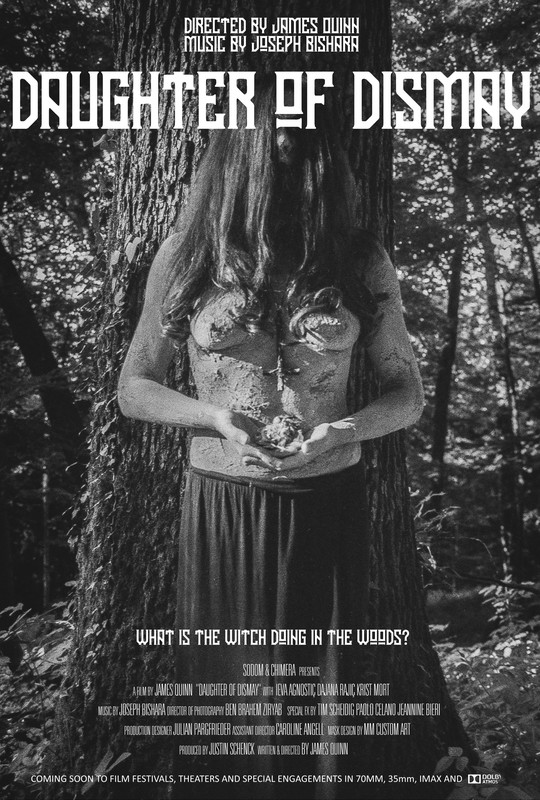 The plot of ‘Daughter of Dismay’ tells the surreal and mystical tale of a witch, an emotionally broken woman who enters the deep of the woods to fulfill her biggest desire, her most heartfelt wish, for which she takes extreme and radical measures, measures that will have sinister consequences, leading to a heartbreaking and deeply melancholic finale. Portrayed in elegant, painting-like images, as the first narrative short in the history of cinema to be presented in 70mm IMAX, the film is an epic, moving and emotional trip through a world of witchcraft and occultism, focusing on a different kind of witch than usually portrayed in media, one that doesn’t focus on cliched depictions of devil worship, but on a much deeper and more human side, one that many will find very much relatable.

WW0711 statement: Fuck plotting –  we love the idea to depict meticulously a satanic ritual! Pure eye candy. DAUGHTER OF DISMAY is the James’ second film within our official selection.